How frightening can tigers really be?

Sure, when we see them on TV or on YouTube videos acting all cuddly and loving towards their “owners”, we get that aww feeling. However, how would it really feel toÂ suddently bump into a tiger in your neighborhood? You are likely to turn around and hope this is just a nightmare – probably resulting from a heavy dinner. Well, forÂ Jonathan Gessner, seeing a tiger crouchingÂ down in his neighborhoodÂ is not that dramatic.Â Jonathan actually approached the animal and described the scene as follows:

â€œThe closer I got, she started shaking her butt, like cat getting in attack mode, you know? Gessner explainedÂ â€œI thought about turning around, but I was like, â€˜nah, I want to see what she does…Â She, outÂ of nowhere, took off running towards me, put her paws on my shoulders and started licking me in the face,I was really scared at first.â€ Gessner admits.

TheÂ female tiger was roaming loose in theÂ cityÂ north of Houston because of a heavy flooding in the region. 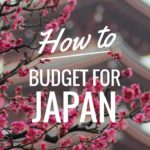 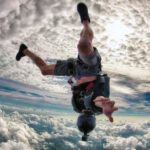