Their nominations were announced on Wednesday, December 14, 2016, with the appointment of PepsiCo CEO Indra Nooyi.

Launched in early December, this forum will provide economic advice to Donald Trump. Its members will be “called to meet the president regularly to share their experiences and knowledge in their specific area of expertise. And for good reason: the president is setting up his plan to bring jobs back to the US and make America great Again, “the statement said.

The Economic Council is headed by Blackstone CEO Steve Schwarzman.

The US tech industry has largely opposed Donald Trump before his election, worried notably by his anti-immigrant speech, while Silicon Valley has many immigrant workers. But after his surprise election, the tech sector tries to see how to work with the next US president.

During the presidential campaign, Elon Musk, who runs the Tesla electric car company and space company SpaceX, supported Hillary Clinton and was critical of Donald Trump. He said, “I think this is definitely not the right person” to be president.

Here is the list of the other board members confirmed before these three new appointments: 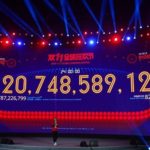 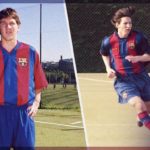