Foxconn, the Apple iPhone’s and any other major electronics manufacturer is planning to replace their human employees with robots. The company’s automation committee general manager, Dai Jia-peng revealed that Foxconn is having a three-phase plan in placing the automation of their Chinese factory by using a software and Foxbots, which is an in-house robotics unit.

Foxconn is known for producing 10,000 Foxbots per year for the automation process wherein the first phase of the plan involves the replacement of the dangerous and repetitious labor which human will unwillingly do. With regards to the second phase of the automation plan, it involves improvement in efficiency through streamlining the production line in order to reduce the number of excess robots that are in use. Lastly, the third phase of the plan involves the automaton of the entire factory. Also, Jia-peng said that a minimal number of human workers will be assigned for the logistics, production, inspection and testing process.

The said three-phase automation plan has been suggested for years to Foxconn which is slowly and steadily marching. Foxconn announces that during the previous year, the company had already set a standard of 30% automation on its different Chinese factories by the year 2020. Meaning to say, the company will be able to produce about 10,000 Foxbots per year that can all be used as a replacement to human labor. By March, it was reported that the company had already automated 60,000 jobs from one of its factories.

Well, it is widely known that robots are quite cheaper as compared to human labor in the long run. On the other hand, a company may incur high expenses with regards to the initial investment, making them experience difficulties, spend more money and consume so much time by just programming the robots in order for it to perform several tasks or even reprograming the robots in performing tasks out of its original function. Due to this kind situation, human employees are still cheaper than the robots in the labor marketplace like in China. But, for the Foxconn to stay competitive to improve their production and the entire company, they got interested in transitioning to an automation process.

Also, by the year 2020, Foxconn is looking forward to automate 30% of the entire factory work and the responsible one for making the situation complicated is the Chinese government which made the human employment in the country incentivized. In some areas in China, the local government has already doled out billions of dollars for energy contracts, bonuses and even public infrastructure for Foxconn, allowing expansion in the company. Still, the major side effect of the automation process will display the benefit of companies like Foxconn. Through replacing the human workers with robots, the company will free itself from any issues in stemming the treatment for workers without improving the living as well as the working conditions or increasing the wages. Moreover, it will result to thousands or millions of unemployed people. 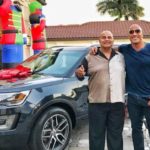 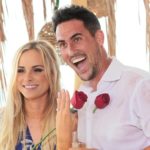