Admitted, it can be fun to watch the show, with its red-carpet triumphs and tragedies, its genuine surprises and why-won’t-she-shut-up speeches. The Academy Awards are a tradition, a trial and occasionally a treat.

But unless you’re a nominee, is anything that happens at the show really going to change your life?

Well, maybe just a bit. Oscar noms may give the final seal-of-approval to last year’s cinema efforts, but actual wins launch careers to the next level. They determine what kind of stories we’re going to see in years to come – and who’s going to get to tell them.

So any shock, any upset, any breakthrough, isn’t just good for the happy winner. It’s good for the art, and for us.

Predicting is a bit of an art, too – and, for some, a business. A few “Oscarologists” have even turned the annual guesswork into a full-time gig, pumping out 12 months of breathless speculation on who’s going to win and why.

More power to them, but it’s always seemed like a waste of time to me – so much so that I announced my own picks for Oscar’s ultimate winners on Facebook way back on January 8, before the nominations had even been announced. (I’ve wavered on only one of those choices since.)

Still, for today’s story, I did my regular, last-minute Oscar analysis anyway.

I looked at who won the two big critics’ prizes in New York and Los Angeles (because they set the field). I examined the Golden Globes show, silly as it is (because Hollywood watches it, avidly). And then I looked at the awards given out by some actual Academy voters – the producers’, directors’ and actors’ guilds, and the British Academy of Film and Television Arts.

I toted up who won. I looked at who’d won maybe too recently, or who’d been overlooked for years. I factored in a few, more gut-instinct factors (Is Mel Gibson really forgiven? Does “Moonlight” have too much of an indie edge? Does anyone really want to hear Casey Affleck give a speech?)

Here’s what I came up with.

The Race: A pretty strong showing for Ali, who picked up plaudits from the New York Film Critics Circle and Los Angeles Film Critics Association, as well as the Screen Actors Guild. Patel won at BAFTA, while the Globes surprisingly went for Aaron Taylor-Johnson for “Nocturnal Animals,” not nominated here.

Handicapping: Looks like a slam dunk for Ali, who’s been busy this year – he’s in “Hidden Figures,” too – and gave a great speech at SAG. The biggest winner, though, may be one of the losers: Hedges, a little-known young actor now welcomed into the big-time thespians fold.

Who Should Win: Ali

Who Will Win: Ali

The Race: Almost a sure thing. Williams won in New York; the L.A. critics prize went to Lily Gladstone (not nominated here) for “Certain Women.” But Viola Davis won at the Globes, BAFTA and SAG. (Conspicuous by her absence: Taraji P. Henson, the beating heart of “Hidden Figures.”)

Handicapping: A strong showing for the brilliant Davis, but helped by some awards-jockeying: By any logic, her part in “Fences” is a lead. Yet she was deliberately promoted here instead, because this category seemed likely to be less competitive. Not quite fair to her, or the other supporting-actress nominees.

Who Should Win: Williams

Who Will Win: Davis

The Race: Affleck won in New York, and at BAFTA. The Globes, which gives two awards in this category, gave him their drama prize, too, with musical-or-comedy going to Gosling. SAG, in a big upset, honored Washington. And L.A. – an outlier again – named Adam Driver, not a nominee here, for “Paterson.”

Handicapping: The only category where I’ve second-guessed my January prediction. Affleck seemed a sure thing then, but a controversy over some sexual-harassment suits hasn’t faded. And actors – the biggest Oscar voting bloc – respect Washington. He’s superb in “Fences” — but did his momentum come too late?

Who Should Win: Washington

Who Will Win: Washington.

The Race: A straight tie. Huppert was the darling of critics in New York and L.A. and won the drama prize at the Golden Globes; Stone picked up the Globes’ musical-or-comedy prize, then awards from SAG and BAFTA. (But where was the love for Annette Bening in “20th Century Women”? Or Amy Adams in “Arrival”?)

Handicapping: This is going to come down to a purely emotional decision. Will voters favor the revered veteran, or the adorable newcomer? Did the raw violence and sexual politics of “Elle” engage or enrage? Did Stone’s imperfect singing and dancing charm members with its awkward honesty, or simply fail to impress?

Who Should Win: Huppert.

Who Will Win: Stone.

The Race: Dueling directors. Jenkins won over both big critics groups, who lauded his daring talent. But Chazelle won just about everything else, including the Golden Globe, honors from BAFTA and, significantly, praise from his peers at the Directors Guild of America.

Handicapping: This is a prize that’s often determined not by pure artistry, but by the difficulty or novelty of the assignment — and an original musical sure qualifies. And if it brings Princeton’s Chazelle the statue, he’ll be the youngest winner ever at 32. (Still, the biggest winner here: Gibson, just for being in the running again.)

Who Should Win: Chazelle

Who Will Win: Jenkins.

The Race: It’s been share-and-share-alike all season – “La La Land” won in New York, at BAFTA and the Producers Guild of America, while picking up the musical-or-comedy award from the Globes; “Moonlight” won in Los Angeles, and grabbed the Globes’ drama award. Meanwhile SAG’s biggest prize, for best ensemble, went to the hit “Hidden Figures.”

Handicapping: Although there are some truly fine films here this is, and always has been, a two-film awards race – between an impressionistic, independent, downbeat work about race, sexuality and the inner city, and a colorful, bittersweet musical about Los Angeles, love and the movies. Wow, which one do you think Hollywood will pick?

Who Should Win: “Manchester by the Sea.” 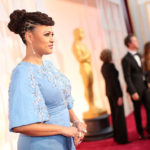 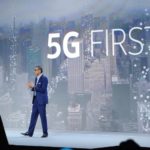