Aretha Franklin raised the rafters and brought a tear to President Obama’s eye when she sang “(You Make Me Feel Like) A Natural Woman” at the 2015 Kennedy Center Honors in Washington D.C. to honor songwriter Carole King, who penned the song that was a massive hit for Franklin in 1967.

When the 73-year-old Queen of Soul walked onstage draped in fur and sat at the piano to perform, King could barely contain her shock as she looked around in disbelief at all the other guests seated beside her — including Michelle and Barack Obama, who was seen singing along with Franklin and even wiping away tears during the performance. Of course President Obama has been a public fan of Franklin’s ever since she performed at his first inauguration in 2009.

When Franklin ditched the piano halfway through her performance to stand center stage, dropping her fur to the floor and proving her voice is stronger than ever, she brought the President and First Lady to their feet, along with King and her fellow honorees George Lucas, Cicely Tyson, Seiji Ozawa, and Rita Moreno.

Other artists on-hand to pay tribute to King included Janelle Monae singing “Will You Love Me Tomorrow?” and “One Fine Day,” James Taylor with “Up On The Roof” and Sara Bareilles covering “You’ve Got a Friend.” However it was Franklin – naturally – whom King bowed down to from the rafters. 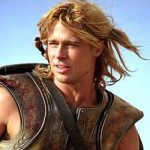 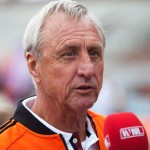