While some people have been giving out perfume, gift certificate, jewelry and others to their parents as a Christmas gift and as a way of them saying thanks for all their hardwork for bringing them up, Dwayne Johnson has decided to surprise his dad with a car, a new SUV specifically. Now, that’s what we call a fabulous gift.

The photo of him with his dad and his newly bought car that the star has uploaded on Intagram last December 30, 2016 has gone viral. He even added a heartfelt caption to it. He said that his dad deserves the Christmas gift that he gave him for he has lived a hard life. Also, his father is not the type of father who asks for so many things from his son, regardless of how famous his son has been.

Well, giving out new cars has never been a new thing for this star. In fact, he has also given his housekeeper, his uncle and of course, his mom new cars. In addition to that, he even shared an inspiring story about his dad and the struggles that his dad experienced when Dwayne’s grandfather died when his father was just 13 years old and became homeless. So, it not anymore surprising to know that the star is more than willing to give his father anything that he asks for but his dad was the one who rarely asks for something from him.

In the photo’s caption, Dwayne also shared how his dad’s story made him appreciate the struggles and the hardwork his father exerted just so he would be able to make something out of himself. Now, he even appreciate the times when his father pushed him to work hard in the gym to the point that he even let out some harsh words. In fact, he said that through those words and experiences that he has with his dad, he was able to be a better man. Now, with the car given to his dad, this only goes to show that Dwayne is surely a man who knows how to say thank you in an extravagant way and in a way that he knows would be best appreciated by his dad.

Dwayne Johnson is considered to be one of the highest paid actor in the world. He is popularly known as “The Rock” as he became a professional wrestler. Apart from being a wrestler, he is also a talented singer and actor. In fact, he has gotten the lead roles for popular and high grossing films Tooth Fairy, G.I. Joe Retaliation, Furious 7 and so much more. He is also a known producer. Just like his father, he has also experienced the ups and downs in life. Nevertheless, he was able successfully overcome those obstacles and look at the success that he has now. So, as his parents have made a huge contribution in his life, he made sure that his father gets that he deserves, a new car! 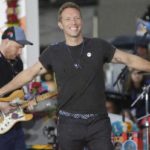 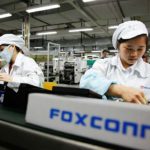