Kourtney Kardashian and her on-off boyfriend Younes Bendjima are ‘definitely a couple’.

The Keeping Up with the Kardashians star set tongues wagging back in September when she was photographed holding hands with the 26-year-old – who she split from last year after he allegedly cheated on her – however it was claimed at the time that they were simply having some ‘fun’.

The pair have been seeing each other for six months, but they are said to be trying to keep their romance private and are taking things ‘slowly,’ according to TMZ.

However, the pair were seen getting ‘very cosy’ at LIV in Miami Beach in the early hours of Thursday, with one onlooker telling the gossip site that they ‘looked very much like a couple’, though they appeared to be ‘trying to avoid being seen’.ADVERTISING

The pair also both attended the Dior Men’s Fall 2020 runway show on Tuesday – though they did not go together.

A few months ago it was claimed that nothing serious was going on between them and they were simply ‘casually dating’.

A source said: ‘They spend some time together. It’s more of a friend situation. You could call it casually dating. It’s definitely not a relationship.

‘They have known each other for a long time and Kourtney has fun with him.

‘She isn’t happy about being photographed with him though.

‘She has been trying to just keep it private.’

The 40-year-old star – who has Mason, nine, Penelope, seven, and Reign, four, with her ex-partner Scott Disick – dated model Younes for two years before she originally called it quits in August 2018.

Meanwhile, it was previously claimed that both Kourtney and her younger sister Khloe, 35, were on breaks from dating, especially after the latter’s ex-boyfriend Tristan Thompson – with whom she has 20-month-old daughter True – kissed family friend Jordyn Woods at a party in February.

A source said: ‘Both of the sisters have been working non-stop, and really needed the getaway to clear their heads. Both Kourtney and Khloe are single at the same time, which hasn’t happened in a while.

‘The sisters are really enjoying being single, and aren’t rushing into dating right now. [They] know they’ll get back to the world of dating when they are ready.’ 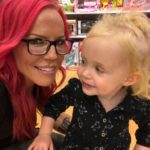