Nusret Gökçe is a butcher and owner of a chain of restaurants between Turkey and Dubai. Recently, it has surpassed one million subscribers on Instagram for its unlikely videos of meat cutting and its unique way of salting food.

Black glasses, white t-shirt, tight fitting jacket, Nusret Gökçe pays particular attention to his clothing style … and to meat. On his Instagram account, this butcher, owner of the restaurant chain Nusr-Et Steakhouse, regularly staged his work in a rather comical way.

His elegant gesture was noticed by singer Bruno Mars who shared on Twitter a photo of the amazing butcher. Its publication has been retweetée more than 29,000 times, making of Nusret Gökçe a star of the social networks.

His gesture became so viral that on a weekend, the butcher’s Instagram account, which likes to compare Al Pacino, reached one million subscribers. 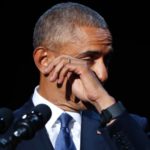