The commercialization of a new version of the famous phone, released in 2000, was announced on 26 February at the Mobile World Congress in Barcelona. A version that did not convince.

For a month now, everybody had been talking about his possible re-edition. On Twitter, we were waiting, not without impatience, for the “legendary”, “mythical”, “iconic” Nokia 3310. It is finally a remastered version, in yellow chick, fire red, navy blue or light gray Presented on Sunday 26 February at the press conference of the company HMD at Mobile World Congress 2017. If its designers seem to have tried to give it airs of yesteryear, with its small square screen and its keys, the new 3310 has also renewed. Exit the brick of the 2000s, and place at more rounded edges, a finer phone, a 2.4-inch color screen, with a micro SD port and a camera of two million pixels.

Even the very addictive game that had made his fame, Snake (which consisted in moving a snake on the screen avoiding that he bites his tail), is no longer quite the same, having gained in modernity and in colors.

A consumer phone, known as indestructible

To better understand what is the basis of the craze for this small device, we must go back in 2000, the year of its initial marketing by the Finnish group Nokia. The 3310 is then, with its predecessor the 3210, one of the very first mobile phones consumer. For the equivalent of 300 euros today, it presents at the time a good value for money. Its design is surprising. The antenna is internal, the mobile more compact and lighter: 133 grams, against 150 for the 3210, and the monochrome screen, backlit with green, is used (finally) day and night.
On the functional side, diversity is a must for the time. Calculator, stopwatch, callback function, four games, thirty-five ringtones (with space to add seven to customize), SMS messages that can be more than 160 characters, a new T9 function, or a directory of 250 contacts. , Rarely a phone had accumulated so many applications.
Last but not least, the 3310’s success is its robustness, impact resistance and battery life of up to several days.

As a result, the phone sold, up to its withdrawal from the market in 2005, to 126 million copies, according to figures from the manufacturer. Variants were even created, seven in total. HMD, a company also Finnish, which holds until 2024 part of the rights of the Nokia brand, and especially everything concerning the sale of phones and tablets.
His bet: all bet on the symbol. The autonomy of the 2017 version, for example, was announced at twenty-two hours on appeal and up to one month on standby. A reference to the myth savvy maintained over the years by pop-culture enthusiasts and some nostalgic, who have broadcast on the Internet memes, small images diverted with a humorous legend, in honor of the 3310.
The mobile phone is regularly compared to the iPhone, the opposite of which its battery would never empty, even after more than fifty years of use, and which could under no circumstances break on the ground … 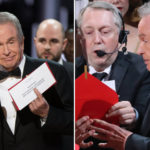 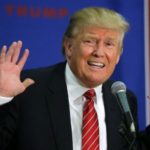