Paying tribute to the late stars or celebrities who did great things and inspired a lot of people is one way of recognizing their good doings and valuable contributions. Also, it will let their legacy continue in the next generation each time they give honor to the famous and well-loved artists.

Chris Martin is not the only famous celebrity who paid tribute to the singer George Michael as Elton John also amazingly performed the popular song Don’t Let the Sun Go Down On Me last Wednesday as his way of honoring the late star. The well-known Candle in the Wind singer passionately performed the heartfelt song together with a band while a huge image of George Michael was set behind him. Also, he did a viral post of the pair to Instragram and through the writings of the photo, he said that he is deeply shocked for the loss a beloved friend, the one who is the kindest, one of the most generous soul as well as a brilliant artist. Moreover, his heart is with the artist’s family, friends and with all of his fans.

The Last Christmas performance of Chris Martin touched the hearts of people who attended the event for Crisis homeless shelter as he did a surprise number last Tuesday in London. It was a quite amazing and empowering rendition of the song which everyone can feel the fascinating message of the song. Everyone found the performance as a great way of paying tribute to George Michael who for so many years of his career, wholeheartedly dedicated his passion in providing many people beautiful and inspiring music. Aside from the attendees and volunteers of the shelter feeling glad about the surprise performance of Chris also, they also feel genuine joy knowing that Chris’ performance gave them credit for their dedication and hard work in making the shelter a happy and enjoying place to stay at. 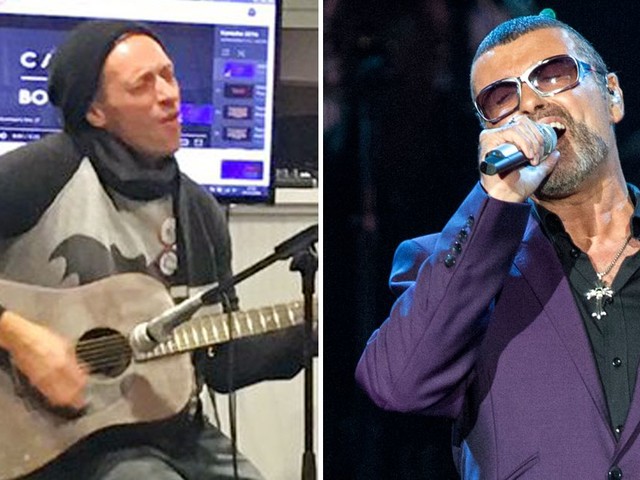 Many audiences have been captured by the ever-inspiring Last Christmas performance of Chris. The people feel grateful and mesmerized witnessing that kind of number where anyone could truly feel that it is a one of a kind performance and a real way of paying tribute to an important artist. Some of the audience described it as a legendary performance of Chris. Many really found it as a great gift for them this Christmas. Anyone who could hear his moving song rendition can say that if George Michael hears it, he will feel glad and honored that Chris did that historic performance.

Although various reports said that there was an earlier discussion about the concert in George’s memory being put on hold, in the end, the tribute charity concert became successful. Though the world was shocked upon hearing the news that he died on Christmas day at the age of 53 and everyone is covered in an unexplainable sadness, still, an artist like Chris Martin would like to give honor to him. The incomparable performance of Chris will allow everyone to reminisce the legendary work of George that everyone will love to remember.