Vocalist Kenny Rogers, who dominated the pop and country charts in the 1970s and 1980s with a string of sleekly tailored hits and won three Grammys, has died. He was 81. Rogers “passed away peacefully at home from natural causes under the care of hospice and surrounded by his family,” a representative for the singer said in a statement. Due to the national COVID-19 emergency, the family is planning a small private service at this time with a public memorial planned for a later date.

Rogers had announced a farewell tour in 2015 and was able to keep it going through December 2017. In April 2018, shortly before he was to spend a few months finishing out the tour after a break, he announced that he was having to call off the remaining dates (including a planned appearance at the Stagecoach Festival in California), due to unspecified “health challenges.” “I didn’t want to take forever to retire,” Rogers said his April 2018 statement. “I’ve thoroughly enjoyed this opportunity to say farewell to the fans over the course of the past two years on ‘The Gambler’s Last Deal’ tour. I could never properly thank them for the encouragement and support they’ve given me throughout my career and the happiness I’ve experienced as a result of that.”

A special, “Biography: Kenny Rogers,” had been announced by A&E earlier this month, set to air April 13. The special is said to be largely built around footage from the all-star salute Rogers received in Nashville on Oct. 25, 2017, just a couple of months before his final concert appearances. Among the guests who joined him for that sentimental sendoff at the Bridgestone Arena were Dolly Parton, Lionel Richie, Don Henley, Kris Kristofferson, Alison Krauss, Chris Stapleton, Little Big Town, Reba McEntire, the Flaming Lips and the Judds.

Rogers’ signature song “The Gambler” was added to the Library of Congress’ National Recording Registry in 2018. It was the most recent of a lifetime of honors bestowed on the singer, which included induction into the Country Music Hall of Fame, three Grammys and six CMA Awards.

Rogers was one of the progenitors of country-pop crossover at the superstar level. “I came into country music not trying to change country music but trying to survive,” he said in a 2016 interview with CMT.com. “And so I did songs that were not country but were more pop. Nowadays they’re not doing country songs at all. What they’re doing is creating their own genre of country music. But I told somebody the other day, country music is what country people will buy. If the country audience doesn’t buy it, they’ll kick it out. And if they do, then it becomes country music. It’s just era of country music we’re in.”

After establishing himself commercially via rock- and pop-oriented singles with his group the First Edition, the bearded, prematurely gray Rogers was launched into the top rank of crossover country artists with a string of singles for United Artists Records.

His appealing, sometimes gritty voice propelled 20 solo 45s to No. 1 on the country charts from 1977-87. Two of them, his 1980 reading of Lionel Richie’s “Lady” and his 1983 collaboration with Dolly Parton “Islands in the Stream” (penned by the Bee Gees), also topped the pop lists. He worked profitably with a number of other female vocalists, including Dottie West, Sheena Easton, Kim Carnes and Anne Murray.

Country historian Bill C. Malone noted that Rogers’ ingratiating style “has been the chief source of his immense success. Rogers is a consummate storyteller, with an intimate and compelling style that almost demands the listener’s concentration. When his husky tenor voice slips down into a raspy, gravelly register, as it sometimes does, Rogers pulls the listener even further into his confidence.”

Rogers parlayed his music success into a successful side career as an actor. His 1978 country chart-topper “The Gambler” spawned five popular TV movies, while some of his other hits also inspired small-screen features.

Born and raised in Houston, he was the fourth of eight children in a poor family. He took to the guitar as an adolescent, and would sometimes perform with another aspiring local musician and future star, Mickey Gilley.

His early professional career was stylistically eclectic. While in high school, he formed a rockabilly group, the Scholars, who recorded for Carlton Records, a local label. After a brief stint at the University of Houston, he played bass with the jazz groups of Bobby Doyle and Kirby Stone.

After moving to Los Angeles in 1966, he joined the folk-pop unit the New Christy Minstrels, a group that also numbered such performers as Carnes, the Byrds’ Gene Clark, “Eve of Destruction” vocalist Barry McGuire and the Lovin’ Spoonful’s Jerry Yester among its members at one time or another. 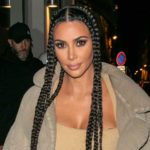