In addition to watching his new Hulu series, Little Fires Everywhere, Joshua Jackson is spending his coronavirus lockdown like many Americans.

“The only times we are really out of the house are to get food or go for a walk around the block,” he told BuzzFeed News’ AM to DM in an interview from his home on Wednesday.

But Jackson and his wife, British model and actor Jodie Turner-Smith, are also expecting their first child together — something that has proven to be especially stressful amid the global pandemic.

“We were kind of social distancing anyway, just getting into the nesting phase,” he said. “The only real difficult part right now is how to interface with the medical community. Obviously we have to, and we are just trying to take that one day by day, to try to figure out what the best and healthiest way is.”

Jackson said both Turner-Smith and the baby are healthy — but that doesn’t mean he doesn’t have high levels of anxiety.

Adding to his worries: Jackson’s brother is on the front lines of the outbreak, working as a doctor in a New York City emergency room.

“I think about him a lot, being in a hospital all the time,” he said.

Not one to shy away from sharing his political opinions, the Dawson’s Creek alum blamed the Trump administration for what he said was poor handling of the outbreak.

“If ever there was proof of elections [having] consequences — we’re living with it right now,” he said. “I mean, if you hire incompetent people to do an important job, you’re probably going to get bad results, and we’re all living inside of the bad results right now.”

Something that has helped? Advice from his Little Fires Everywhere costars, Kerry Washington and Reese Witherspoon, on what to expect when expecting a child.

“In the very beginning, I was like, who did I go to as an OB? What are the things I need to know now?” Jackson said he asked them. “But also, as it got a little bit deeper into it, just, like, how do you integrate your home life?

“I have always kept my personal life and my work life pretty separate, but I don’t think I want to do that going forward, because I want to obviously have my child around when I’m at work — and just asking them how they integrate those two things and how they create an environment inside a set environment that’s a healthy place for a kid to be, because it’s often not.”

Witherspoon and Washington have also helped him when he had some minor freakouts, he said.

“Like, holy Moses! This is happening!” he said. “And them just both being like, it’s OK! This is normal! It’s alright. Just breathe. You’re going to be good.” 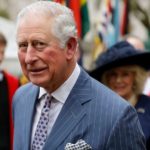 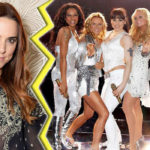