More than 150 pregnant women in the United States have been infected with Zika virus. Another 122 pregnant women have been affected by the mosquito-borne illness in U.S. territories, including Puerto Rico.

Those figures come from the Center for Disease Control and Prevention. The organizationÂ has been monitoring all pregnant women in the U.S. and its territories who have lab tests suggestive of Zika virus infections, National Public Radio reported.

CDC, National Center on Birth Defects and Developmental Disabilities
Microcephaly is a birth defect where a babyâ€™s head is smaller than expected when compared to babies of the same sex and age. Babies with microcephaly often have smaller brains that might not have developed properly.

Dr. Margaret Honein, chief of the CDC’s birth defects branch, said the agency is aware of “less than a dozen”Â pregnancies that have had complications, but since many of the pregnancies are still ongoing, birth defects could be seen after the births of the babies.

“We don’t have full information yet on all of the outcomes,”Â Honein said atÂ news conference Friday.

Zika virus has been associated with a birth defect called microcephaly, in which a child is born with anÂ unusually small brain, resulting in adverse effects in cognitive development and an irregularly shaped head.

The number of cases reported by the CDC jumped from 48 to 157 in a week’s time after the agency decided to begin reporting cases of Â womenÂ who were infected by the virus but didn’t have symptoms.

The agency previously reported on only women who had both positive lab tests and symptoms.

Officials later said research suggests that women don’t have to have symptoms to have their pregnancies affected.

“As the data accumulated about the risk of asymptomatic infections, it seemed more and more important to be very transparent and share publicly the numbers, the full number of pregnant women at risk of adverse outcomes associated with Zika,” Honein said.

Officials have said only about 20 percent of people with Zika display common symptoms, such as fever, rash, red eyes and joint and muscle pain, Reuters reported. Of the 157 pregnant women in the U.S.Â who are being monitored, 49 percent reported symptoms, NPR reported.

Including asymptomatic cases “casts a broad net to make sure we are monitoring all pregnant women who may be at risk for poor outcomes associated with Zika,”Â Honein said.

There has been no evidence that any American has contracted Zika from being bitten by a mosquito in the continental United States. Most affected people were bitten while traveling abroad.Â Cases of contraction of the virus from sexual transmissionhave also been confirmed.

Obama has requested Congress to approve a budget of over $1 billion for funding toÂ combat the spread of Zika.

“We’ve got to get moving,” he said Friday.Â “This has to get done over the course of the next several weeks in order for us to be able to provide confidence to the American people that we’re handling this piece of business.” 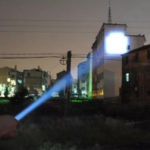 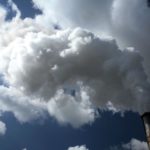