Brazilians found themselves without the popular WhatsApp smartphone messaging application for the second time in six months on Monday, after a court blocked the service for 72 hours.

A flurry of angry commentary immediately broke out online after a small-town judge blocked WhatsApp nationwide because Facebook, its owner, failed to hand over information requested in a drug-trafficking investigation.

The court order from Judge Marcel Montalvao in the northeastern town of Lagarto, in Sergipe state, shut down WhatsApp.

According to Brazilian media reports, drug traffickers targeted in the investigation had been using WhatsApp to discuss their business.

During the last shutdown, the providers appealed the court order, arguing it affected millions of people unconnected to the case.

Google has also found itself in the firing line in Brazil.

Three years ago, the search engine giant’s top Brazil executive was accused of breaking election laws when he refused to remove videos on YouTube that were critical of a mayoral candidate in Mato Grosso do Sul state.

The cases echo Apple’s showdown with the US government over its refusal to cooperate with the FBI in unlocking an iPhone used by one of the shooters in a mass killing by a couple in San Bernardino, California, last year.

The FBI said national security was at stake, while Apple said it was taking a stand against government intrusion into privacy.

Ultimately, the government managed to hack the phone without Apple’s help. 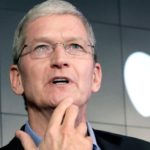