Pokemon Go is causing regular people to do some very out-of-character things. Things like — abandoning your car to run into the middle of Central Park with thousands of other people to catch a Vaporeon.

Let’s take a step back here. If you’ve been living under a rock, Pokemon Go is an augmented reality game that lets people use their phone’s GPS to explore real-world locations and catch Pokemon. Then then use those Pokemon to battle at gyms, and mostly show off to their friends about who has the best Pokemon. 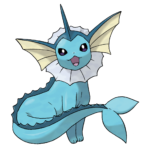 An evolved form of Eevee, a Vaporeon isn’t exactly rare — but finding one in the wild is EXTREMELY rare. Most of the time people are leveling up their Eevees to make a Vaporeon, which takes a considerable amount of effort and only a 33 percent chance you’d get one vs. its other forms Jolteon and Flareon.

Back to New York. When you’re playing Pokemon Go and something rare pops on your map you will see people running. There’s a limited amount of time to nab the rare ones. This is amplified by a measure of thousands when you transport it to a city like New York with millions of people, and then compact them into Central Park.

If a Zapdos ever pops in New York City we’re going to have a riot. This is the most real and dangerous sport in the world now. 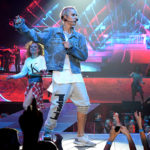 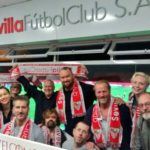