President Trump has been tested for coronavirus, he revealed Saturday.

“I had my temperature taken coming into the room, I also took the test last night,” Trump told reporters during a White House press conference. Trump said his test had been sent to a lab for analysis and he expected the results of the test back within a day or two.

Trump said his temperature so far had been “totally normal.”

Questions about the president’s health have swirled after several people who have been in contact with Trump have later tested positive for the coronavirus.

In his remarks, Trump again praised the federal government’s response to the deadly virus and singled out state efforts from California and New York in particular. There was also praise for foes including House Speaker Nancy Pelosi and the national media.

“I think the press has been really, over the last 24 hours, has been very fair,” Trump said. “We’re all in this together. It came out of China. It’s one of those things that happens. It’s nobody’s fault. We all will solve this problem”

Speaking after the president, Vice-President MIke Pence, who is overseeing administration efforts to fight coronavirus, said travel restrictions on those coming from Europe will be extended to the United Kingdom and Ireland.

Also on hand was Dr. Anthony S. Fauci, National Institute of Allergy and Infectious Diseases, who offered the latest virus statistics, and revealed that so far more than 2,200 cases have now been recorded in the United States, with more cases for Americans were on the horizon.

“We have not yet reached out peak. We will see more cases,” he said. 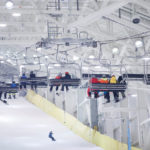 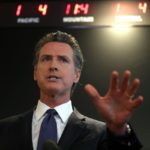