President Trump said Monday that “nobody knew that healthcare could be so complicated,” as Republicans have been slow to unite around a replacement plan for ObamaCare.

“I have to tell you, it’s an unbelievably complex subject,” Trump said after a meeting with conservative governors at the White House.

The GOP governors were in town this weekend for their annual conference and met with Trump to talk about a variety of things, but it’s likely the conversation largely focused on healthcare.

Governors have been split on what should be done with ObamaCare’s Medicaid expansion, which brought health coverage to many even in deep-red states.

Trump didn’t publicly address that issue Monday morning, but said ObamaCare’s repeal and replacement will give states more flexibility “to make the end result really, really good for them.”
“We have come up with a solution that’s really, really good I think. Very good.”

Trump also dismissed polls that show support for ObamaCare is at an all-time high.

The latest tracking poll from the Kaiser Family Foundation showed that 48 percent view the law favorably compared to the 42 percent who don’t.

“People hate it but now they see that the end is coming and they say, ‘Oh ,maybe we love it.’ There’s nothing to love. It’s a disaster, folks.” 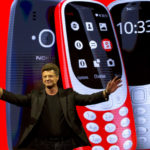 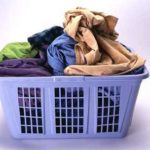