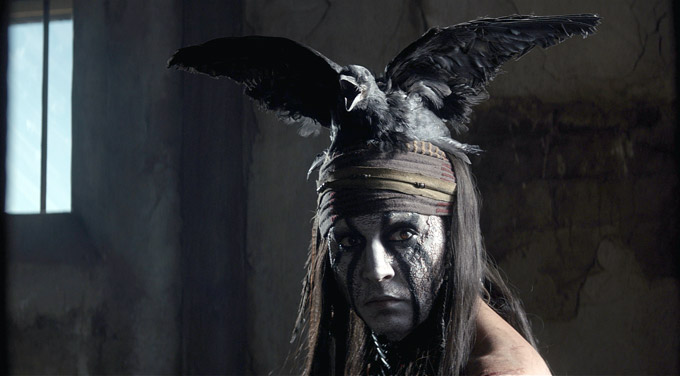 Johnny Depp’s most recent film The Lone Ranger might have been caught in the eye of a storm of criticisms but he was rewarded by the Comanche Nation leaders to be an honorary member of their tribe. He even participated in their parade and they held a ceremony for his induction at the Albuquerque home of LaDonna Harris, a prominent Native American activist. Depp said that it was “possible the greatest memento” he could have received.

Did you know that Depp is a descendant of Elizabeth Key Grinstead (b. 1630), a biracial woman, who was the first woman of African ancestry in the North American colonies to sue for her freedom from slavery and win? This was a part of research information published by Ancestry.com in 2013.

9. Quirky yet Down-to-earth
Charlie and the Chocolate Factory

Johnny Depp would give strange names for his hotel stays like Mr. Stench and so in the movie Freddy’s Dead: The Final Nightmare, Johnny was credited as Oprah Noodlemantra! His other quirks include watching cartoons with his kids. Maybe that is where he gets ideas for his versatile movie characters.

Once, he was almost mugged but the mugger recognized him and said, “I ain’t stealing from Captain Jack” and backed off. Depp gave him some money anyway.

Depp is also known to be a man of his promises. In one incident, Depp met a 12-year old boy named Jack Taylor in Wisconsin during filming. The actor promised him his hat which the boy said he liked, and told him he would get it in the mail after filming finished. And he did! And not just the hat, Depp also sent him various Charlie and the Chocolate Factory paraphernalia along with a signed note that read “Here is a hat for you. Hope you like this and assorted fun bits.”

By the way, though Depp plays the God of Chocolate in that movie, as a child, he was allergic to chocolate!

Depp has two children, a daughter and a son. In 2007, his daughter fell seriously ill with an E. Coli infection that caused her kidneys to shut down. She recovered at Great Ormond Street Hospital and so to thank them he visited the hospital later that year in full Captain Jack Sparrow attire and spent four hours there, reading stories to the children. Not only that, the next year he also donated £1 million to the hospital!

When Heath Ledger passed away, leaving filming for The Imaginarium of Doctor Parnassus (2009) incomplete, Depp along with Jude Law and Colin Farrell played him in various shots and gave their salaries from the film to Ledger’s daughter, Matilda.

Let’s not forget to mention he’s rich enough to own an ISLAND apart from having three homes. He also owns a vineyard in France and co-owned the French restaurant-bar Man Ray along with Sean Penn, John Malkovich and Mick Hucknall, though a recent article stated that he’s done with alcohol and has gone vegan. So much for all the fuss over rum.

He’s also famous enough to be spotted rather easily despite being in so many different skins while being on screen. That’s Johnny Depp for you, the man who was voted one of the 50 Most Beautiful People by People Magazine, not once but twice!

Russell Crowe was interested in adapting the famous 2003 novel Shantaram into a movie when it came out but it didn’t fall through. Warner Bros. went with a $2 million bid after Johnny Depp’s expressed his love for the book to studio executive Brad Grey. The bid for the rights was won and later Amitabh Bacchan was also added to the cast. Though the projects has hit many rough spots, a recent news arti 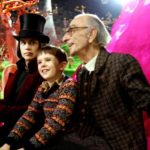 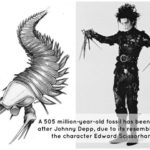