An armed mugger has been jailed for 10 years after attempting to rob two Arsenal footballers of luxury watches worth £200,000.

He appeared in court on Friday by video-link and masked his face with a blue scarf.

His mother sobbed in the public gallery as he was sentenced to a decade behind bars. Northover will be sentenced at a later date.

CCTC footage showed Bosnian international Kolasinac fighting off Northover as he prodded him with a needle.

Ozil sped away with his wife in the car before taking refuge at a nearby Turkish restaurant.

Jailing him Judge Ian Bourne QC, said: “An offence of attempted robbery took place on 25 July this year when him and another man attempted to rob the victims of watches said to be values at £200,000.

“I have also been assisted by watching film from CCTV which have shown some of the events that took place in this residential area of London, indeed within feet of the address where Kolasinac was living on 25 July this year.

“The two defendants had planned this crime, I’m satisfied, although it’s not possible to say whether they were targeting these two individuals. 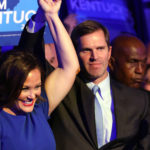 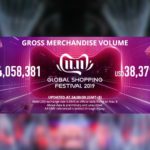