After Bohemian Rhapsody’s monster success last year, Queen continues to enthrall music lovers around the world. Nearly 28 years after his death, the singer Freddie Mercury has lost nothing of its superb, or its attraction to crowds, as evidenced by a new tool launched by Google to compare his voice to that of the performer of We Will Rock You.

The “Freddie Meter”, available for free online, offers Internet users to measure against the British singer, whose vocal tone could cover four octaves in a “challenge boosted vocal AI”. The artificial intelligence of the tool analyzes the voice of the user, invited to sing one of the four biggest hits of the group (Do not Stop Me Now, We Are The Champions, Bohemian Rhapsody or Somebody To Love).

At the end of the performance, a percentage of similarity with Freddie Mercury is calculated from the accuracy of each note, the melodic harmony and the timbre of the budding singer’s voice.

The initiative is led by Mercury Phoenix Trust, an anti-HIV organization founded by members of Queen Brian May, Roger Taylor and their manager Jim Beach after the death of the singer.

“For best results, try the FreddieMeter in a quiet room with a new headset and microphone,” say the creators of the challenge. “However, you may find it difficult to get a perfect similarity to a voice that scientists have not yet discovered,” they warn. Readers at your microphones: “The show must go on!” 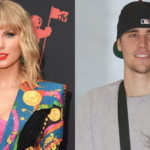 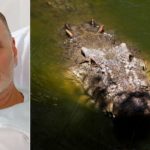