Apple CEO Tim Cook thinks investors are missing the big picture when it comes to his company’s recent financial performance.

Less than a week after the company reported its first-ever drop in iPhone sales, Cook appeared on CNBC to assuage investors, who have pushed the company’s stock down more than 10 percent.

Cook’s appearance on the program comes after the company on Tuesday reported a 16 percent drop in iPhone shipments and a 26 percent decline in revenue from Greater China during its fiscal second quarter. A few days later, billionaire investor Carl Icahn fueled the flames when he announced he had sold his stake in Apple, citing concerns over China. The Chinese government could “come in and make it very difficult for Apple to sell there,” he said in an interview with CNBC on Thursday.

Responding to those concerns, Cook said he hasn’t lost faith in the company’s ability to tap consumers in China. 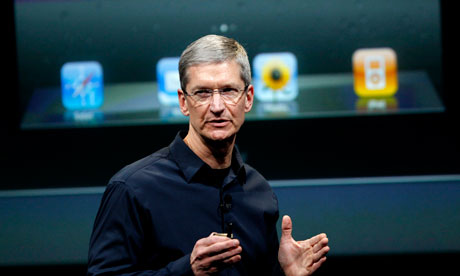 “I could not be more optimistic about China,” Cook said. “There has never been anything like it in the history of the world. If you look at it on a two-year basis, Apple grew 70 percent in China. It’s hard-pressed to say those aren’t good results.”

“In terms of the books and movies, what you’re talking about we did offer books and movies, currently we’re offline, what I can tell you there is that we’re working with the relevant government agencies and businesses, and we’re confident and optimistic we’ll be back online,” he said.

Still on the subject of services, Cook gave some insight into the pace of the company’s expansion.

“We have bought some companies to help us in services,” he said. “We haven’t acquired a very large company yet, but we have acquired a lot of companies. We generally acquire a company ever three to four weeks, on average. We are always looking.”

On the subject of innovation, Cook compared the Apple Watch to the iPhone, and promised that improvements were in the pipeline for the wearable device.

“I think that in a few years we will look back and people will say, ‘how could I have ever thought about not wearing this watch’ because it is doing so much for you,” he said. “Then it will all of a sudden be an overnight success.

“We’re still in learning mode. And you will see the Apple Watch getting better and better.” 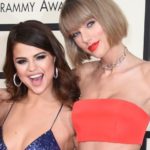 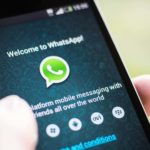