A Czech YouTube prankster had the tables turned on him when his girlfriend pranked him after a night of heavy drinking (video below).

Cenek Stybl, part of the ViralBrothers team of YouTube pranksters, was out with his girlfriend Lenka during a trip to Bangkok, Thailand, when he got “totally drunk” and fell asleep in their hotel room.

Lenka then had the idea to trick her boyfriend into believing that he’d had way too much fun the night before — hiring a Thai transexual to lay next to him in bed at the moment he woke up.

“It was our last night in Bangkok and Cenek got totally drunk and fell asleep. I was bored so I went to Khaosan Road in front of our hotel and there were many ladyboys and I got an idea,” the video description read.

In the clip, “Ladyboy” can be seen laying in the bed where Cenek is sleeping and trying to wake him up. He finally opens his eyes and is shocked by what he sees.

“I don’t know, it’s just me here, and we did it,” she responds while holding up condoms as evidence.

Before Cenek can freak out any more, Lenka appears from a closet and reveals that the entire thing was a prank.

The prank quickly went viral, garnering over 19 million views on YouTube since it was first uploaded.

“This is great! I’m going to do this lol,” one viewer commented on Daily Mail.

Watch the shockingly hilarious prank below. 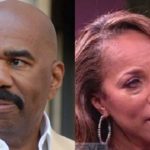